As we proceed into 2020, both the economy and the markets continue to press forward, and impediments seem to prove temporary. On the one hand, there’s comfort in that, but for an investor, too great a sense of comfort can prove dangerous.

Much of the investment community has been skeptical of the strength of this market ever since the financial crisis in 2008-2009 – often justifiably hesitant in the face of legitimate concerns, at other times too quick to imagine a new “bubble”around every corner, and in the past few years just having a hard time believing that the expansion could continue uninterrupt-ed for so long.

But every “crisis”, perceived or real, has been absorbed by the market’s relentless drive higher. Things we have greatly feared have been made to seem in retrospect irrationally overblown, to the point that it has begun to feel that, despite our logical certainty that something much worse is surely coming at some point, it won’t be “just yet”. Might there be in that a bit of complacency about the very near term, or at least a weariness with getting worked up over and over about things the market has simply shrugged off?

Striking the right balance in one’s outlook is often tough – an ongoing but critical challenge for any investor. In that vein, this past May, with the economy having slowed and markets falling on the then-latest breakdown of the U.S./ China trade talks, we suggested the economy’s disappointing pace might not be as undesirable as it appeared:

While the lack of acceleration can be frustrating, there may be silver linings…

• The slowdown in the economy and renewed softness in inflation have led the Federal Reserve to halt for now its progression of rate increases, and market rates have dropped, with positive effects on the mortgage market and other elements of the economy.

• With the consumer spending solidly, but not exuberantly – saving some money and taking a measured approach to revolving debt – there is on the one hand less danger of a sharp decline in consumer spending, and on the other, room for acceleration.

• The moderation in home price appreciation reflects tempered speculative activity and less danger of overheating in certain markets, and less aggressive pricing may create more opportunity for some of the large base of millennials who have postponed entry into home ownership. 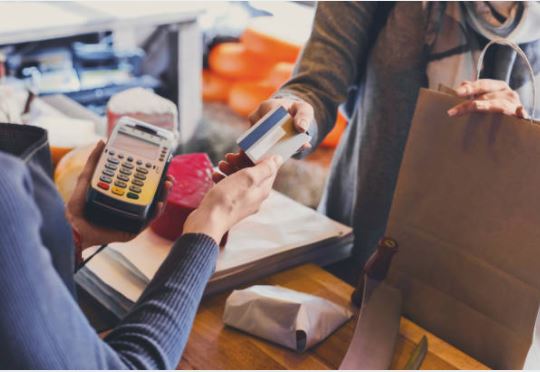 As it has worked out, these factors have proven material, and they remain in play as we reassess the economy nine months later. The economy continues to move ahead at pretty much the same pace as most of the past ten years, not robust by any means, but so far showing no indication of a sharper slowdown or an impending recession:

• Employment remains very strong, repeatedly rebounding each time there is a modest softening trend in the data.

• For the Consumer, average hourly earnings are not accelerating, continuing to fluctuate stubbornly around a 3% pace of annual increase, but with unemployment historically low, consumers appear to be striking a solid balance among spending, saving, and management of their revolving credit. Spending for 4th Quarter did not sustain the very strong pace of acceleration during 3rd Quarter but remains very sold.

• Housing is now in a convincingly powerful uptrend. Fitful improvement during the first half of 2019 transitioned into a relentless series of gains in housing starts during the second half of the year, climbing to new expansion highs, and homebuilder optimism is at 20-year highs.

• Industrial production, on the other hand, is a significant weakness, fluctuating around the breakeven point for months, and more frequently on the negative side of the ledger.

• Services also experienced a weakening pace of growth through much of 2019, with national survey data falling uncomfortably close to the neutral point during the fall. But after declining to a 3-year low in October at 50.6 (with 50.0 being the break-even point), the Purchasing Managers’ Index has trended slowly but steadily higher over the past 3 months to 53.4 for January. Since Services comprise by far the majority of the U.S. economy, this may provide one of the best overall reads on where we currently stand – generally pushing forward, but at a very modest pace.

From a more theoretical perspective, the considerable duration of both the economic expansion and the bull market appears to have also faded as cause for concerns among market participants, concerns that from our perspective have always been invalid for a combination of reasons…

• As stated most recently this past May, “a very strong argument can be made that this economic expansion has continued for so long at least in part because it has proceeded at a generally slow to modest pace, never accelerating to the point of overheating into the excesses that invariably end in a severe decline”.

• From a very different angle specific to the market, we have also suggested with others that the arbitrary definition of a “bear market” – a 20% decline in one or more of the major equity indices that lasts for a couple of months or more – may obscure the reality that we have had major market declines in 2011, 2015-16, and 2018, each nearing or briefly exceeding 20% in the S&P 500 and materially exceeding that mark in other segments of the equity markets. One could argue that the market has actually “reset” on multiple occasions, coming within a rounding error of “official” bear markets once every 2-4 years since 2009, the latest ending less than 14 months ago, and the fear that the bull market “can’t go on much longer” is more the product of an arbitrary definition than market reality.

• An added consideration is the early 21st century manifestation of central bankers, including the U.S. Federal Reserve. Today’s culture is filled with “helicopter” parents, and it is similarly filled worldwide with what many consider “overprotective” central bankers willing to take sometimes extreme measures to prevent any serious discomfort, not only for economies, but seemingly for markets as well, stepping into nearly every threatening decline with comforting assurances if not direct monetary actions. We’re not sure this will all end well, but to date it has contributed to the limitation of market declines. 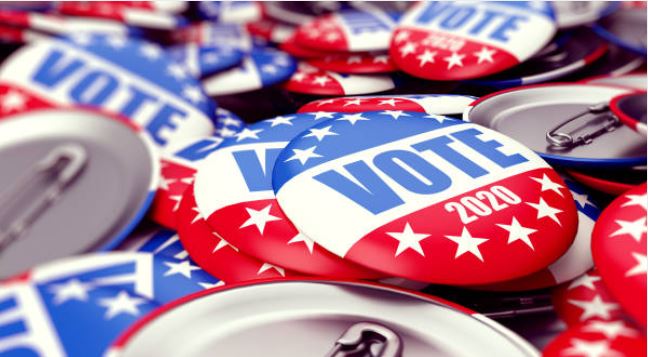 None of this is meant to suggest there are not material concerns on the minds of investors:

• The near-term corporate earnings outlook remains quite sluggish, at best. While it appears likely that 4th Quarter earnings will finally emerge from a string of three fractionally negative quarters, the outlook remains weak for at least the first half of 2020, with current analyst forecasts in low single digits, according to FactSet data.

• Compounding this concern, as a product of the dramatic 2019 market gain in the absence of growth in corporate earnings, the S&P 500 forward price/earnings ratio climbed from 15.7 in early February 2018 to 18.8 in early February 2020 (FactSet). While it can be argued this is not extreme in a very low interest rate environment, it is unquestionably high, and downside risk from these levels is certainly elevated.

• Given the extreme polarity across the political spectrum, political risks to markets as we move to and through the election are substantial. Both the willingness of corporate executives to invest in growth of their companies and the willingness of investors to invest in that potential for growth is based not simply upon economic analysis, but on belief systems. Whether positive or negative, depending upon one’s political leanings, there is no question that belief systems that form the status quo are being challenged in this election to a greater extent than at any point in a very long time, so we should anticipate possibly extreme market volatility as the tides shift and investors seek to digest their perceptions.

• The coronavirus could yet prove to become a much more devastating pandemic than previously deadly but ultimately contained manifestations of the power of viral mutation, reproduction, and transmission.

So, intellectually, we all recognize there are dangers and the potential that their impact could compound quickly – and these are just a few of the currently more prominent. Yet, relative to much of the past 10 years, there seems an unusually broad sense that there is not so much cause for alarm right now, and that perception alone may be reason to be very much on our guard.